Michael Joseph Keane, was a founding partner in the law firm Keane, Reese, Vesely & Gerdes, P.A., in 1994. After starring as a varsity football and baseball athlete at East Longmeadow High School in Massachusetts, Michael received an appointment to and attended the United States Naval Academy in Annapolis, Maryland from 1970 to 1972. He graduated with a Bachelor of Arts degree from the University of Maryland in 1974. Michael came to St. Petersburg, Florida to attend Stetson University College of Law where he graduated magna cum laude in 1978 and served as Editor-In-Chief of the Stetson Law Review in 1977-1978. After passing the Florida Bar, Michael clerked for the Honorable Ben F. Overton, Justice, Florida Supreme Court from 1978 to 1980. After completing his clerkship with Justice Overton, Michael returned to St. Petersburg in 1980 to begin a long and highly distinguished legal career and he

Michael was a zealous advocate and respected counselor to his clients, and a respected lawyer and adversary among his peers. Michael was certified by the Florida Bar in both Civil Trial and Business Litigation practice areas. He was a strong advocate of the alternative dispute resolution process. He was certified by the Florida Supreme Court as a Civil Mediator, and also served as an Arbitrator and a Voluntary Trial Judge on cases presented to him by other attorneys. Michael was annually recognized by The Best Lawyers In America for “bet-the-company” litigation, Super Lawyers for civil trial excellence, and Florida Trend Legal Elite for civil and commercial litigation expertise.

Michael gave of himself often and enthusiastically in service to the profession he loved. He had a longstanding and deep passion for legal education. Michael served as an Adjunct Professor at Stetson University College of Law teaching classes in professional ethics, Florida constitutional law and alternative dispute resolution. Michael served on the Florida Board of Bar Examiners, the body that considers competency and character to approve candidates for acceptance into the Florida Bar. He served as Vice Chair and Chair of the Board and continued to serve as an Emeritus member of the Board until 2010 when he returned to teaching at Stetson as an Adjunct Professor.

“Keaner” was an outright baseball fanatic. He could not hear enough, listen enough, or talk enough about his beloved Boston Red Sox, and he was in attendance for the 86 year awaited 2004 Red Sox World Series Championship and for the Red Sox most recent 2013 World Series Championship. He coached youth baseball and was a Board Member at Northwest Youth Baseball for 10 years until 2010. He took his teams to a Dizzy Dean State Championship and a National World Series Runner-Up. During that same time Coach Keane founded the St. Pete Saints, an AAU travel team that he took all over Florida and to Cooperstown Dream Park playing the best competition in youth baseball. Many of his players had successful high school baseball careers in St. Petersburg. To those players he will always be known for his sunscreen facial and his mantra “Never, Never, Never Quit”. 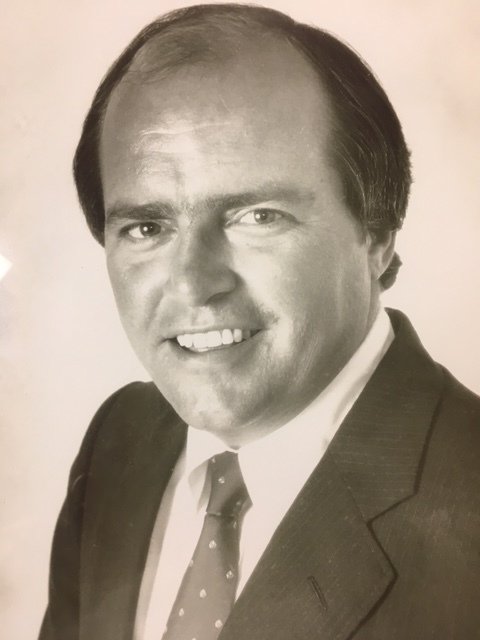 Michael K. Reese and his brother-in-law, Michael J. Keane, founded the law firm of Keane, Reese, Vesely & Gerdes, P.A.  Mr. Reese attended Grove City College graduating with a Bachelor of Science degree in 1975. He then attended Stetson University College of Law and earned his Juris Doctorate in 1978. He later received an LLM in Taxation from the University of Florida.  He thereafter, and until his untimely death in 2001, proudly called himself a “Gator.”

Mr. Reese was a card-carrying member of Mensa, an accomplished left-handed golfer, and a founding member of the Cypress Run Golf Club in Tarpon Springs, Florida, where he served as President and as a Director for many years. Mr. Reese and Mr. Keane made it their mission to create a law firm workplace that advances balance and fulfillment in their employees’ lives by redefining current work habits and schedules to provide more flexibility and a more meaningful existence. Their visionary efforts were recognized by The Florida Bar in 2001 when the law firm was awarded The Florida Bar Young Lawyers Division Quality of Life Award.   This award, which is given annually by The Florida Bar, was posthumously renamed “The Michael K. Reese Quality of Life Award” in 2002.

Please fill out the form below and our attorney will contact you.